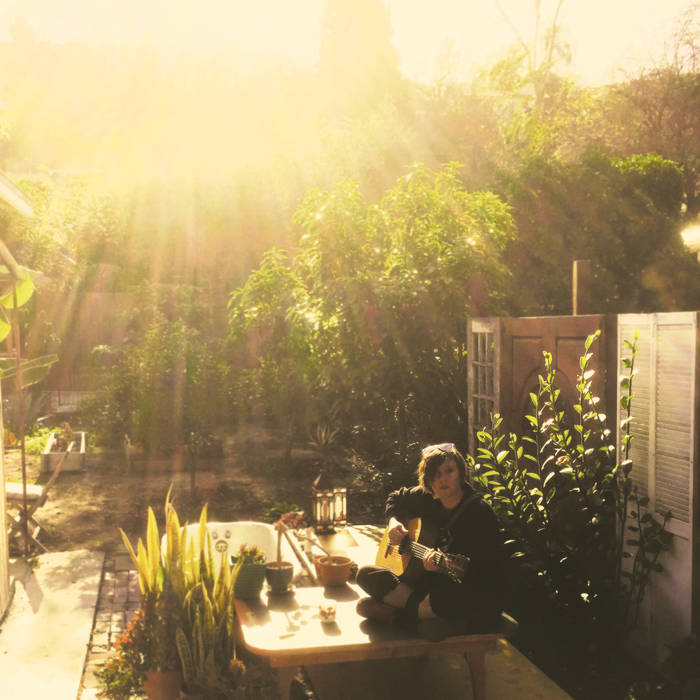 TheSlowMusicMovement Lovely hazy folk vibes from Tara Jane O'Neil that are as warm & comforting as those rays of sunshine on the album cover Favorite track: BLOW.

Brad of the Almanac

At the invitation and by the design of Mark Greenberg (The Coctails, eleventh dreamday), half of this record was recorded mostly live at Wilco’s Loft Studio in Chicago with a band that included James Elkington, Gerald Dowd, Nick Macri, and Greenberg himself. Another half was made in TJO’s home studio in California with Devin Hoff, Wilder Zoby, Walt McClements and string supervisor Jim James. This album also features the voices of Chris Cohen, Carolyn Pennypacker-Riggs and Joan Shelley. Tara Jane ONeil plays guitar, bass, keyboards and percussion.

"In The Autobiography of Alice B. Toklas, Gertrude Stein writes: “I may say that only three times in my life have I met a genius and each time a bell within me rang and I was not mistaken.” When I first met Tara Jane ONeil, about 25 years ago—and more particularly, the first time I saw her play—this bell rang. I was not mistaken.

TJO is my friend. But not all friendships are shadowed by—haloed by, really—this firm apprehension of genius, the simple awe that derives from witnessing irrepressible, astonishing forces and capabilities rushing through a fellow human.
These forces have been rushing through TJO from when she was but a kid playing in the hardcore, math band Rodan, through her wide-ranging collaborations with local and international players, through her eight solo albums, which constitute some of the most beautiful, intricate music I’ve ever heard, and which I’ve been grateful to have as a wise, stimulating soundtrack to my adult life. And now there’s Tara Jane ONeil, her ninth solo offering.

TJO’s music contains multitudes. Even individual songs—like 2009’s “Dig In”—feel like they’re both stadium anthems meant to be accompanied by 40,000 lighters held aloft and also deeply intimate affairs, whispered straight to your soul in the darkest corner of your bedroom. In the swirl of TJO’s sound you can often hear everything from her native Kentucky bluegrass, various avant-garde multi-instrument traditions, Philip Glass, Joni Mitchell, the Beach Boys, Roberta Flack, and more. Always more. When TJO puts her head down on stage and starts creating her soundscapes, her iconic straight hair hanging like a sheet of rain between audience hunger and face, you can see the music possess her, just as surely as she possesses the music. The mystery becomes how the technologies at hand—from seemingly endless pedals crocusing at her feet to simple bells she’s tossed to the audience—work together to crescendo her music into an occasion for ecstatic dispossession, to be shared in by all.

TJO describes her new record as a “singer-songwriter” endeavor—a description which could apply to much, if not all, of TJO’s solo work. But there is something uniquely satisfying about this record’s willingness to offer individual songs qua songs, and to foreground her voice and lyrics. Unlike some songwriters, whose lyrics have the aura of sophistication because they’re essentially nonsense, or whose lyrics end up pretty banal once deciphered, TJO’s lyrics always repay the effort to discern them. She is a poet at heart, whose chosen phrases and images aim to communicate truly as much as to burrow and sound. As her vocals, lyrics, and melodies emerge into plainer sight on this record, it feels like an act of real, earned generosity. I get the feeling that she’s holding this record out to us, palms upturned, in the gold California sun; I already know it’s going to be one of my favorites.

Until the hammer comes down on us all—and even then—we’re living in an age in which music is more readily recognized as emanating from and belonging to people of all genders and sexualities. When TJO and I were coming up, there weren’t quite as many names for what we were or what we were doing, though certainly there were some. Nonetheless, we persisted. In TJO’s case, she pioneered. Like so many others, I basically just ran after whatever I saw in her, praying for a shred of that confidence, of that natural claim on innovation and presence that she seemed to possess. (I’ll never forget seeing TJO play with Come in the mid-90s, and promising myself on the way home to at least try, as a writer, to do whatever it was that I’d just seen Thalia Zedek and Tara Jane do with their guitars.)

In her music and life, TJO has modeled a new place to stand, new sounds to make, a new kind of artist and human to be. Her career is all the more remarkable for her music’s willingness to investigate quiet, minor, and fugitive sound even as her career at large has taken no prisoners. We are unspeakably lucky to be alive at the same time of her making and being—to behold, in real time, the unspooling of her unremitting ingenuity, voyaging, and grace."

recorded and mixed by Mark Greenberg and Tara Jane ONeil at The Loft in Chicago and Outback in Los Angeles. Mastered by Timothy Stollenwerk at Stereophonic Mastering.

TJO is a multi-instrumentalist,composer,producer and visual artist. She creates melodic and experimental music under her own name and in collaboration with other musicians,dancers and filmmakers.As a solo artist she has released 8 full-length albums.Since 1992 TJO has performed at clubs & DIY spaces around the world as well as the Centre de Pompdou,the Whitney Museum and All Tomorrow’s Parties. ... more

Bandcamp Daily  your guide to the world of Bandcamp

outré black metal, with a Victory Over the Sun interview and music from Liturgy and Jute Gyte.