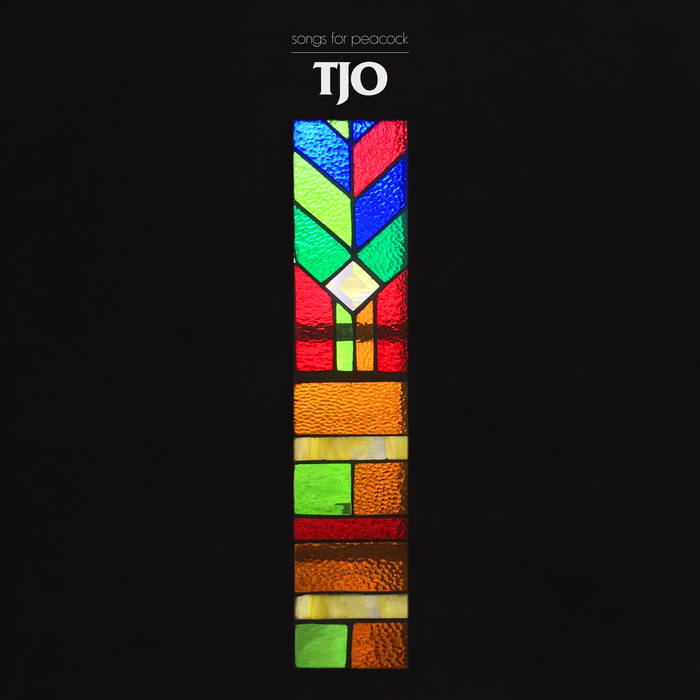 brantly A touching and personal collection of covers done uniquely with proper deference being given to the originals while still betraying Tara Jane's own idiosyncratic genius. Her life-long oeuvre has ben eclectic and brilliant and this is no different. Come to Minneapolis, I'll buy ya a Fernet!

Ian Phillips Tara Jane , Living in the UK you are costing me a fortune ! .Will you stop releasing brilliant music (no dont ) . Great stuff again .

Until the end of June, 100% of revenue from digital sales of Songs for Peacock will be donated to The Audre Lorde Project, a Lesbian, Gay, Bisexual, Two Spirit, Trans and Gender Non-Conforming People of Color community organizing center, focusing on the New York City area.

Twenty-eight years into her kaleidoscopic discography, Songs for Peacock is the first album singer/guitarist/composer Tara Jane O’Neil has credited to just her initials: TJO. Recorded at home using primitive electronic instruments in addition to heavily effected electric guitar, bass & voice, Songs for Peacock is a collection of pop covers recalled from TJO’s youth, intended as a “mixtape” for her late brother Brian. Over twelve tracks & thirty-nine minutes, Songs for Peacock abstracts radio hits by the likes of Boy George, Bananarama, Leonard Cohen, Siouxsie and the Banshees & INXS, distilling earworms into thin wisps of dreamlike atmosphere, or stretching them into languorous psychedelic soundscapes. Songs for Peacock warps our collective musical memory to form a singular & cohesive body of work that defines TJO’s highly personal sonic landscape.

Pop music is sticky. It can stick on you for 30 years without you knowing. It can stick you right back into a room or a car. Commercial radio is powerful like smell.

There was a mint green Honda Accord with a cassette player, and we drove it down Imperial Highway listening to Madonna for the first time. Even though we were listening to radio gold, it felt like a secret, not to be enjoyed with the family like my Olivia Newton John obsession could be. A lot of pop music that year felt the same. (The “ANT MUSIC FOR SEX PEOPLE” badge in the liner notes I covered over with a Sharpie. I can't remember if we bought our own copies or if I defaced yours?) The mothers were driving station wagons and Celicas and moving their bodies to Neil Diamond and to Jane Fonda. There were soup can hand weights and ceremonial leotards you could wear to stave off middle age in the afternoon. (And unbeknownst to them, finance Jane’s leftist causes.)

Like being cast in amber, pop music encases an experience.

The iconic music on this album is not directly influential to me as an artist, they aren’t songs I’ve visited as an adult listener. This is not a stroll down memory lane or a memory book from a better time—there is no better time. And memory lane is a fake thruway on a map made of wind.

This album is a mixtape, it is homage and it is distortion of sounds that were around in 1983, around the home I shared with my brother Brian. Some songs aren’t from that year; Yoko Ono came before but reached me much later, Leonard Cohen was not yet a fixture in my life in the way Duran Duran was. But I can render them like Bauhaus or Yazoo. The songs fit in this relation. In 1983 I was not yet a musician, or a critic, I was an older sister but also a younger sister, and I marveled at everything my older brothers brought in from outside the walled suburban experiment of Orange County, California. In 1983, pop star drag included some measure of cross-dressing or bedraggle, and I wanted to wear those wrestling boots and sailor hats, I wanted that unevenness and its celebration. In 1983, young girls with strawberry blonde locks would go with a jet black chop and send their mothers into desperate frenzies trying to get their beautiful daughters back. Sometimes they would come to my house looking like Siouxsie and smelling of tea rose, wearing the Wham! slogan “Choose Life” on their chests. I was too young for the early ’80s to be my teenage trial-and-error times, and so better I can remember them.

Songs for Peacock began in the fall of 2019 in the wake of the sudden death of Brian. This recording, with a borrowed drum machine and simple synthesizer, was exposure therapy and a healing mechanism.

Q: What does a person do to stop feeling blue when love disappears?
A: I recorded these songs.

Brian sent me a mixtape a year after he moved out of the house. I only remember that Blondie, Aztec Camera and INXS were on it. I don’t know if he ever listened to Leonard Cohen or if he had an opinion about the song “Believe.” This mixtape I made is not a completist effort. It is a tribute to him who was, in 1983, the bee’s knees.

TJO is a multi-instrumentalist,composer,producer and visual artist. She creates melodic and experimental music under her own name and in collaboration with other musicians,dancers and filmmakers.As a solo artist she has released 8 full-length albums.Since 1992 TJO has performed at clubs & DIY spaces around the world as well as the Centre de Pompdou,the Whitney Museum and All Tomorrow’s Parties. ... more

Bandcamp Daily  your guide to the world of Bandcamp

outré black metal, with a Victory Over the Sun interview and music from Liturgy and Jute Gyte.